Home Blog How can psychophysiological changes help us without a polygraph?

I have just completed some work for ITN, a UK TV producer, and we will be highlighting on Channel 5 (August 2017) how the psychophysiological signals gave away Stuart Hazell during a press interview where he was trying his best to disguise his involvement in the horrific murder of his step-granddaughter, Tia.

While biometric indicators of what the Autonomic Nervous System (ANS) is doing often need technical equipment and biometric sensors to pick them up, there are many clues from behaviour and appearance that can point to these changes.

Let’s first lay out the Psychophysiology elements that are of interest to a Behaviour Analyst: Heart rate, Perspiration, Temperature, Blood pressure, Breathing, Digestion, and Pupils.

Recent technological innovations and advances mean that it should be possible to incorporate tools, within behaviour analysis work, which provide ANS information beyond the physiological signals which can be seen/heard. I recognize that most of these measure stress or anxiety (not necessarily deception or malintent) though we are currently experimenting with data collection tools that can be fed into a ‘hypothesizing-human-decision-maker’ including:

The above bring challenges, as well as potential benefits. Overt technology can create behavioural changes which contaminate evaluations, as we know from the criticisms around the field of polygraphy (National Research Council, 2003). The ethics and practicalities of using covert equipment complicate real-world analysis – so I would rather take the easier approach and avoid contamination with such gadgets.

In addition, if/when it becomes possible for users to have access to the data picked up by such tools during real-time (as opposed to post-event) analysis, we will need to consider whether simultaneous data-overload might lead to a deterioration of performance in users’ real-time assessments across the six communication channels we consider. This needs more research.

A related issue is achieving buy-in from professionals (working in high-stakes contexts) who have limited time and capacities to capture simultaneous, multimodal data from a human; especially when they are working alone. With challenging base-rates (large volumes of innocent people compared to the low volume of people with mal-intent) and long working shifts, we are coaching staff to ‘reset’ their attention for every person with full attentiveness. Staff may also be restricted (by ethics, protocols, legislation, etc.) from using covert or overt technology. This includes police, military personnel, security professionals, HR screeners, recruiters, negotiators, medics, purchasers, social workers, and so on.

All is not lost with biometrics, however, especially when we look at what our natural senses can detect:

Before I wrap up this section, you may wish to review a 13-second clip from an example of a video clip from the Hazell case. This is Stuart Hazel, partner of Tia Sharp’s grandmother who was staying in their home. Six days before this news interview Tia was reported as missing, and Hazel was asked to help with an interview to appeal to the public for help in finding her. 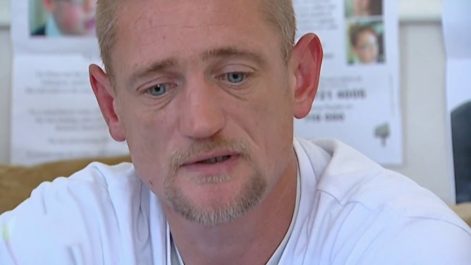 Hazel was the last to see her alive and reported that Tia had left the house, alive and well, to go into a local town.  See what physiological (and other) indicators you can notice from the short clip labelled VIDEO 7 at www.gettingtothetruth.com.

Make notes about what you hear and add them to this blog. I will input our thoughts once a few people have contributed.

p.s. (The truth is that throughout this interview the body of Tia was hidden above their heads in the attic. Hazell was found guilty of Tia’s murder and is serving 38 years imprisonment for his crime).