Home Blog Give me a hand…

Our hands are one of the most expressive ways to communicate bar the face. The deaf often rely on a combination of hand gestures in the form of a sign-language and facial expression to add emphasis in the absence of the spoken word.  When we replace verbal communication with a gesture it is often called an “Emblem”.  Emblems are any gestures that can be used to replace a word, or a phrase in a way that is understood.  We all use emblems in everyday life, most of the time without even realising we are doing it, nodding our head yes for example.

The main issue with emblems is that we have an expectation that they are understood; however, emblems are just as varied across the world as the spoken language they are replacing.  Emblems can be culturally, group, club or gang specific and can change meaning depending on circumstances and where you are at the time.

Nod for yes, shake for no

Most of the people reading this post would recognise a head-nod as a recognisable signal for yes or agreement, indeed most people would accept this being the case even if they didn’t speak the local language… unless you are in Bulgaria.  In Bulgaria the emblems for yes and no are reversed with a head-shake meaning yes and a head-nod meaning no.  However, to further confuse this you will find that most Bulgarians are aware of this and will adapt their emblem if they know they are not speaking to a native.

What about the shoulder shrug meaning “I don’t know”?

Once again most of us would recognise this as I don’t know, but in some areas of India, the shoulder shrug is replaced by the “head-wobble”, something that almost every other culture on the planet would miss.   Emblems have their own specific regional dialects and even club specific signs.

I am not as thunk as you drink I am…

The A-Okay sign from a diver has also found itself into many other cultures and is accepted to mean that everything is going well.  If you are in Turkey, Brazil and some areas of South America it does not mean that everything is ok, indeed if you tried this you would probably find that the situation would deteriorate quite quickly.  It can be direct reference to the anus and in South America is often used to denote homosexuality. 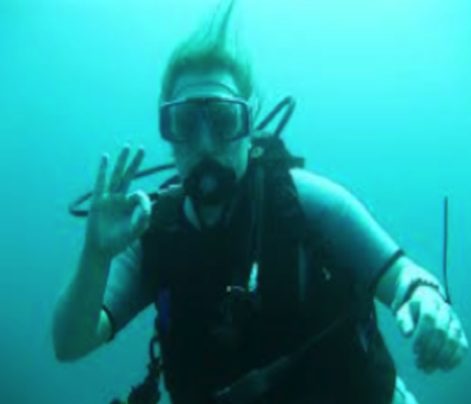 In some areas of Europe, especially when this sign is made with the nose poking through the ring formed by the fingers it would mean “Drunk”.  There is even a pop-culture reference to this one from the TV show, The Prisoner.  Residents of The Village would say goodbye to each other by using this sign at the brow with a tipping gesture and the phrase “Be seeing you!”

Surely giving someone the thumbs up can’t be misunderstood.  Everything is great right?  Unless you are in Iran, Afghanistan, Nigeria, some areas of Italy and Greece and some areas of Sardinia.  In fact trying to thumb a lift could result in a great deal of offence being caused.

Most books relating to body-language will reference some emblems in their overall review of body-language along with posture.  There is nothing wrong with this as long as you accept that most emblems remain culturally specific.  When you are reading an emblem are you from the same culture, creed, gang or group as the person you are viewing, if not be cautions of making an assumption over what an emblem actually means. The facial expressions mentioned in the previous posts are universally displayed, emblems however, are not.

Emotional Intelligence Academy are currently working on a taxonomy of Body Language that will inevitably lead to new research within this area of body language and communication.

It is a comprehensive framework that takes a similar approach to that taken by the Facial Action Coding System (FACS) with the face – just applied to the body. As you can imagine it is a huge piece of work to encapsulate all the body positions and movements that may communicate something to others. It is now in a format that they will release though they expect the refinement of the model to run for seven years+.

We have stopped short of covering the 200 variants of sign language, though the taxonomy breaks down to every part of the skeleton and joints (especially hands and arms) and we now believe its design will cope with any gesture, signal, symbol you can imagine – whether they mean anything to any culture, club, profession or generation… or not (yet!).

Please note, we are not even considering interpretation of each ‘signal’ at this stage as, like FACS, this aims to be a common taxonomy only. What they mean to different people and animals will come from the research we will be pushing out and encourage once beta testing is completed. We are even avoiding English language descriptors, against a great deal of pressure to include them – to minimise bias and poor translation. It is purely numbers and videos/photos to allow cross cultural studies. Where FACS has <90 codes plus intensity, handedness and movement, the body is far more complex. So the model deals comprehensively (they claim) with only 400+ primary codes and multiple variations plus movement, degree, intensity, proximity, direction, elevation, and many other elements that apply to body signals and movement.

What was it that triggered ’emotional contagion’ in the Boris NHS Speech?