Home Blog Is Shamima Begum a threat to the UK?

We noticed this short media interview today and had some concerns we needed to share following multiple comments and questions to us asking us to offer our input.

Many comments came to us stating that Shamima Begum shows no remorse or sadness relating to the loss of loved ones. We reviewed this and other videos and are largely unconcerned with the low level of sad emotional displays as this could be a result of the trauma of her experiences and losses (friend/child) over 4 years, or the over-riding pressure of saying the right thing for the camera to gain support and sympathy. We caution those reviewing videos like these that the lack of evidence is not evidence. In addition, it seems she was brainwashed as a child – only 15 years old when she was convinced by ISIS propaganda to travel to Syria to join the organisation with two of her friends.

Our other concerns come from a series of credibility issues in this video. We must stress that it is hard to be conclusive as the video is edited, we do not hear the questions from the interviewer, and there is no opportunity for us to ask questions.

We find ourselves torn between:

In these circumstances, we put these pressures aside and simply analyse behaviour. Below is a list of what we call “Points of Interest” (or “Pins). A Pin is a behavioural indicator that is inconsistent with the story being told, the baseline behaviour of the person or the context of the interaction. It is very unusual to see clusters of 3 Pins within 7 seconds when people are telling the truth (Archer & Lansley 2015).

In this 72-second news clip, we noticed 17 Pins including 4 clusters of 3 or more Pins within 7 second periods.

0.06
“19-year-old girl, with a newborn baby, no weapons” – this is a ‘convince’ tactic (impression management) using three statements to gain support and sympathy. The lack of remorseful statements doesn’t help us to work out her real reason for returning. At this point we need to hypothesise – Is it a desperate plea to try to put the clock back and restore the life she had in the UK before she joined ISIS? Is it due to her having limited other options since ISIS territory is dissolving? Is it the discomfort of the Syrian refugee camp? Is she still sympathetic to the aims and acts of ISIS and therefore a UK security threat?

0.09
“Don’t want to hurt anyone, even if I did have weapons or anything” – there is a flash of eyes widening (compare to her normal eye shape) suggesting a sense of fear… 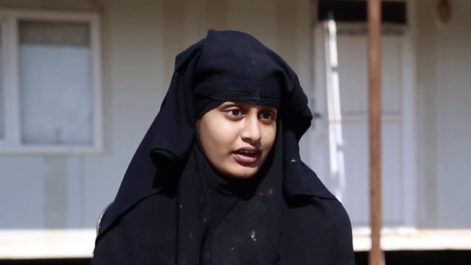 …as she qualifies her statement about hurting others may depend on her having weapons. She also distances herself from this statement with an eye closure (a blink that lasts for 1/2 second or more)…

…something we do when we lie to separate ourselves a little from that lie. Distancing is also evidenced by a slight volume drop in her speech. 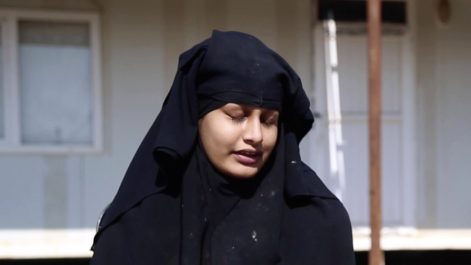 0.12
“…no proof that I am a threat” – when a perpetrator is being accused and they are feeling like they have no evidence to support themselves they might resort to a ‘you have no proof’ tack as an evasive tactic. We also see the distancing from the ‘no threat’ claim with another eye closure. She may be experiencing fear here as her pitch rises mid-phrase – this could be fear of being disbelieved or fear of being caught in a lie. There is also a speech flow issue with a stutter at this point.

0.45
“I do feel bad for anyone who is affected by the actions of ISIS” – Distancing is characterised by a volume decrease – we have one here. We also see two reliable signs of a negation of this claim she is making – a micro head shake ‘no’, and a single-sided shoulder shrug.

0.50
“Even if [like] ISIS were to regain territory…all of a sudden or really quickly… I wouldn’t want to go back” This affirmative statement is contradicted with a small shoulder shrug. Questions raised here are around the possibility of a return to ISIS under different conditions (e.g. ISIS regaining territory?).

1.02
“The injustice that was going on to Muslims…and non-Muslims…” We see another small flash of fear eyes as she mentions the injustice to Muslims… followed quickly by a correction to include ‘non-Muslims’. This is reinforced by a micro head shake ‘no’ on ‘non-Muslims’ and another eye closure.

1.08
“I don’t want to go back” – here we see the reliable indicator of disgust as she raised her upper lip and slightly wrinkles her nose. This gives us a chink of hope of remorse of how she might really feel about her recent experience with ISIS. 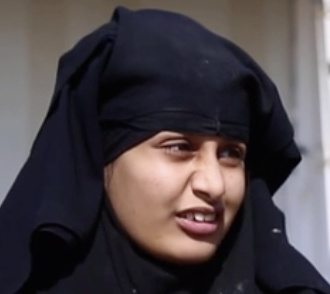 We feel confident that the British Intelligence and Security services will skilfully probe these areas to get to the real truth about Shamima Begum’s intentions so a fair, just decision is made.

How to Read Body Language and Detect Lies