In the last post we spoke mostly about the upper face and how five of the seven universally displayed emotions have reliable displays around the eyes.

This time we are going to look at the remaining 2 universals, Disgust and Contempt and their displays in the lower face, particularly around the mouth.

Before we move on though I want to apply something of a caveat. Facial expressions, though a very reliable source of emotional information are not the only point of interest. To focus purely on expressions will give you a much narrower view of the whole picture. Imagine looking at a tapestry down a small tube. You may be able to get the feeling for what the whole tapestry is about, but you are missing the bigger picture. Just focussing on one small area of communication, either verbal or non-verbal, is narrowing your view completely. We should always be using every opportunity to collect information, be that from the face, body, voice and with the help of technology, the autonomic nervous system. What we do with that information is an ethical question for another time.

But I digress, let us move back to the point in hand. The lower face and the remaining 2 universal emotions.

This is one of the emotions that I find easiest to spot when it happens. Some can get this mixed up with anger and there are times that disgust can blend with anger, especially when someone’s morals have been violated.

This is a great example of classic disgust (member of the Fore tribe in Papa New Guinea taken by Paul Ekman). If we break this expression down, we have the lowered brows, narrowed eyes, wrinkled nose and a raised upper lip.

The reliable muscle for disgust is the raised upper lip (AU10 for the FACS coders). Even when the rest of the facial movements are missing, spotting this upper lip raise is a reliable indicator of disgust. Even if someone is desperately trying to conceal this emotion, it’s likely you would still have this raised upper lip.

I did mention earlier that people often mistake disgust with anger. This could be because the two emotions are closely associated, but also because the raising of the upper lip can cause the teeth to be displayed in an almost snarling expression. Add to that the lowered brow and glaring eyes and you can see how well the two could blend. You may witness a slight pull back on the head during disgust, as though to draw away from what is considered repugnant. In anger it is more likely that the head trusts forward in a display of dominance, though be careful, as these head movement don’t always accompany the expressions.

Now we all know this guy right? 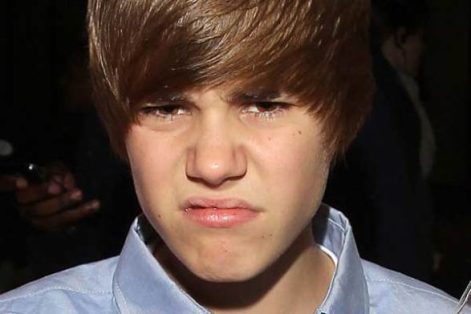 Here we have a much more subtle version of disgust. The elements remain the same but due to the low intensity, it becomes more difficult to distinguish. Again we have that reliable lift of the upper lip demonstrated by the deepening and curving of the furrows that run from the edges of the nostrils to the corners of the lips.

Contempt also requires much more complex cognitive processing. Unlike other emotions that happen to us without any conscious thought, contempt requires an evaluation of someone else’s behaviour based on our own cultural and personal views. We assess who they are in relation to us, where we stand on the social hierarchy and where they stand on the social hierarchy. Contempt is the feeling of being superior. This is not something that just happens. Contempt often uses the buccinator muscle that pulls the mouth sideways into the cheek. It causes the mouth corner to disappear into a small fold in the cheek and may cause dimples in the cheek (AU14, again for all you FACS fans out there). As mentioned it is mostly unilateral.

This example given to us by President George W. Bush is quite a fine example of a left sided contempt display. If you cover the left side of the face you are left with a fairly neutral expression. There is an important fact to consider with one sided expressions: there may be many reasons why an expression only appears on one side of the face and it may not always be contempt. There are a number of medical conditions that can cause one side of the face to react in preference to the other. Strokes, Transient Ischemic Attacks, and Bell’s Palsy are just a few. Consider also that neurological issues associated with the Trigeminal nerve can also cause expressions to be stronger on one side of the other. These are just some of the reasons why context is so vital. We must absolutely always take into account the context surrounding an event before coming to any kind of conclusion or judgement. 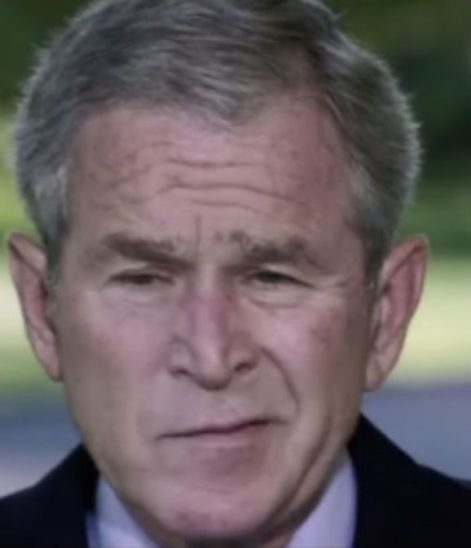